Home > Keeping House > The Stress of Building Work in My Home: A Case Study

The Stress of Building Work in My Home: A Case Study 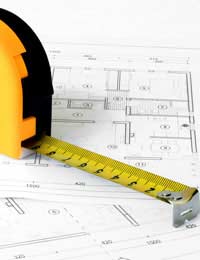 When building work in her home became so stressful that Angi Cullum wondered if she would keep going, she realised had to stop herself from sinking.

Angi said: “People often say that having building work done on your house is like having a baby. Once the pain is over you forget how awful it was and you just want to do it again! Well, I was like that too – but never will be again!

Over the years we’ve had lots of building work done in the houses we’ve lived in – but however bad it has been, we seem to forget the dust, chaos and stress it has caused and do it again a year or two later.

This Project Is Different

The last bout of building work was different, however. It was all quite straight forward to start with. My husband and I moved into our new house with our children and planned to knock a wall down between our living room and dining room within the first few days.

The idea was to do it before we unpacked, to have a few days of living out of our suitcases and then to have a big clear up before we settled into our new home. But needless to say things weren’t as smooth as that.

We moved in at the beginning of winter and the builders began to take the wall down. The house had only been full of dust for a couple of hours when they called to say there were no foundations beneath the brickwork. The wall was sitting on bare earth. This meant we needed to involve an engineer to design a steel picture frame support to hold the house up. It would mean a delay of a weeks – and a lot more expense.

The next day the boiler broke. We called in the gas company and they told us the worst – it couldn’t be fixed. We would need a new one.

Over the course of the next few weeks life became unbearable. Not only was downstairs out of bounds but the floor coming up meant everywhere was a complete mess. On top of that we were walking round the house in gloves, woolly hats and winter coats. We were having to boil the kettle to do the washing up and had to troop round to friends’ houses – rolled up towels and wash bags under our arms – to shower or bath.

I Started to Find it Difficult to Cope

I became more and more irritable, and, for the first time ever, found it hard to cope. I snapped at the kids and struggled to sleep at night. I worried about all the money we were forking out, felt sick every time I thought about state of the house and blamed myself for moving.

One day it all came to a head when the gas company called to say they had made a mistake. They couldn’t come in three days time with the new boiler – it would be another three weeks. I wept uncontrollably for about two hours and then just lay on my bed in the darkness while my husband cooked for the children and put them to bed.

He then came in to talk to me. Between us we put together a plan of action. I realised I had to do something to make myself feel better otherwise I would go over the edge and have a complete breakdown.

We Devised a Plan to Cope with the Stress

We had two weeks to get through before half term. We decided that come the school, holidays, I would take the children to my parents to escape. By the time I came back most of the work should be complete, and we would have hot water and heating.

Meantime, I would pick the children up from school each day and go to the library, a museum or swimming with them. While were doing this, my lovely husband would come home himself, try to organise the chaos of that day’s building work and cook. By the time we came back, the children and I would have washed, if we’d been swimming. We could eat quickly and then all go to bed. At weekends, we would do the same but for longer stretches.

We also decided to swallow our pride and ask our parents to lend us some money. Embarrassing as this was, it would take the pressure off. I also went to the doctors and asked for something to help me sleep.

It wasn’t ideal but it worked. I managed to keep going and the stress eased. Now everything is lovely in the house and I feel much better, but I will never forget how bad things felt back then – and we certainly won’t be doing any more building work for a long time."

Creating Your Own Space at Home

Colour Schemes to Help You Relax

Dealing With the Household Chores